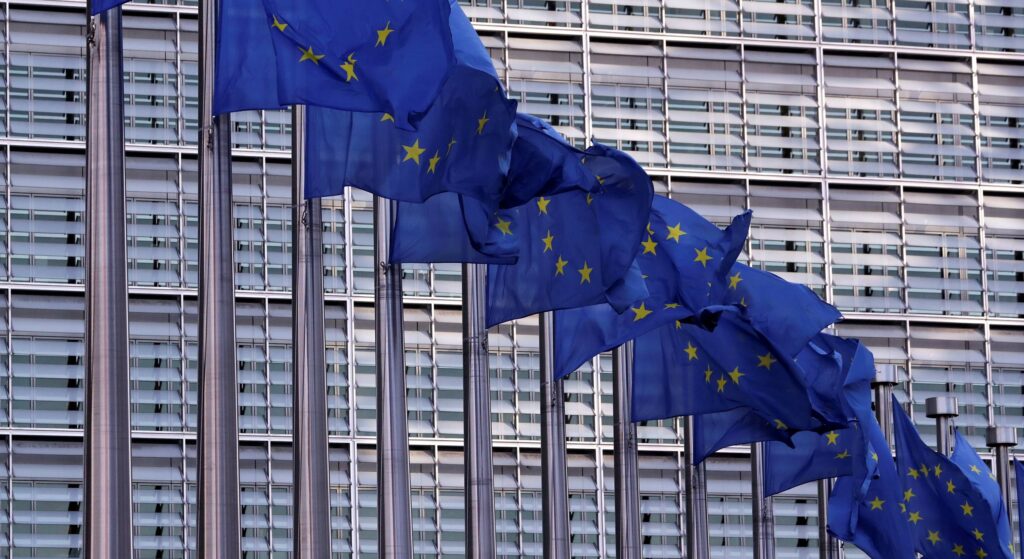 Seventy years ago, Europe was struggling to recover from the devastation of the Second World War. A decision was taken to pool in coal and steel production. Merging economic interests helped raise standards of living and was the first step towards a more united Europe.

France, West Germany, Italy, the Netherlands, Belgium and Luxembourg banded together, to create a Community that would later become known as the European Union.

Today’s threats are challenging the notion of “a community of peace and prosperity”. The 2008 financial crisis and severe measures of austerity weakened the citizens’ trust in the EU. The word ‘solidarity’ became a hard one to digest, with many regions across the bloc feeling left out of the benefits that they should have reaped from different areas – from migration, to job creation to public health services to infrastructure.

A new threat then emerged in 2020, in the form of a novel coronavirus disease. It is a pandemic that spared almost no country: according to the count being kept by the Johns Hopkins University, 181 of the 200 countries and territories in the world have reported cases of the disease.

As the pandemic intensified, member states could start feeling the effects. From lockdowns to restrictive measures, borders were closed, tourist activities shut down and related services were left without work. This developed in an economic crisis as much as a health crisis. Initially, countries scrambled to protect their own, their decisions impacting other EU states. We had countries blocking the exports of medical supplies to ensure they have enough for their own citizens, cutting out those countries who urgently needed that same product. Disturbing the workings of the Single Market started having dangerous ramifications.

Eventually, the European Commission stepped in after the worst-hit countries, stakeholders and Members of the European Parliament including myself raised the alarm.

Now we are looking at the model of joint procurement for essential medical supplies. This ensures a level-playing field where one country is not disadvantaged by another country’s much larger market. I believe that such a system should continue post-COVID, in particular with regard to rare diseases. It is heartbreaking meeting children, teenagers or adults who cannot access medicine simply because there is no market viability.

The situation also exposed how dependent the European Union is on third countries. It is time to bring back home lost manufacturing areas. Returning home entire value chains, such as in the manufacturing of pharmaceutical products, would not only help with dropping product costs but would also ensure strategic autonomy.

Across the EU over the past weeks, we witnessed businesses forced to shut down, workers unemployed, livelihoods threatened and governments

trying to find ways of saving businesses and support families. The shock was such that even the European Commission moved to relax State Aid rules.

There is a difference between trying to keep businesses afloat, provide help in the form of wage subsidies or delayed loan repayments, and ensuring job continuity, job creation and economic growth. Although the forecasts for Malta post-COVID in terms of economic recovery are much better than those of other countries, I think it would be dangerous to simply believe that things will return to normality so easily.

As the Socialists and Democrats in the European Parliament, we have launched a Recovery Plan to tackle the economic and social aftermath of the COVID-19 pandemic. However, as restrictive measures are slowly being eased with full realisation that an unknown possible second wave can happen, the EU needs to think, plan and act.

There is a looming recession: EU Economic Affairs Commissioner Paolo Gentiloni said that the European stimulus package should total €1.5 trillion. EU leaders will have strong differences on how it should be funded, exposing the evident rift between Northern and Southern Europe. The money that will be invested needs to be flexible, accommodate the different needs and realities of the different member states. If the EU does not understand the specificities of each country, the plan will not work. The specificities of a small island state like Malta have to be taken into account in the wake of a looming recession. The need to have flexibility. To ensure job protection and create more jobs in Malta for our workers. To make sure that tourism is given the right impetus to grow. To make sure that we do not lose family businesses.

It needs to be a plan built on social justice, environmentally friendly policies and sustainable economic growth. Europe must become more resilient.

Loans alone are not sufficient for countries, including Malta. Grants are needed.

This help must be smart: it should stimulate national policies in line with the European Green Deal, the European Pillar of Social Rights and the United Nations Sustainable Development Goals. For Malta, it must help us with the transition towards a cleaner and sustainable economic growth across all sectors. The EU has to fight the surge in unemployment, inequalities, regional divergences, poverty and social exclusion.

It has to lead to robust social welfare systems.

It has to show ambition and compassion.

This opinion first appeared in the MaltaToday